Democratic Party to Nominate Michele Obama, Voice of the Voiceless, Humble Servant of the Hungry Masses, for President 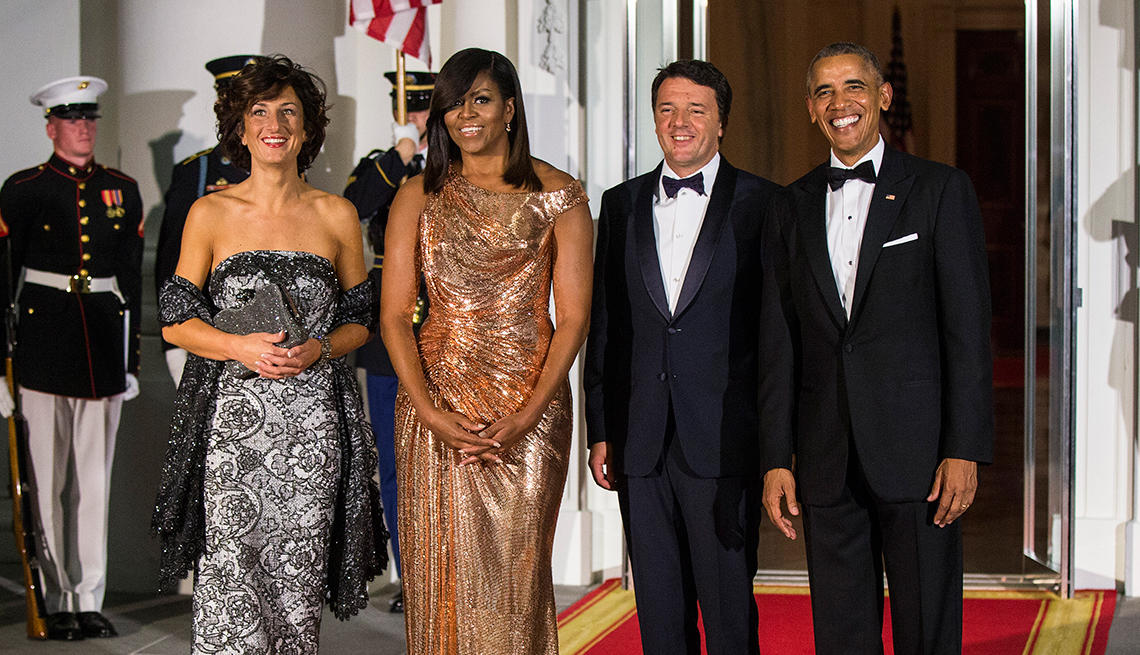 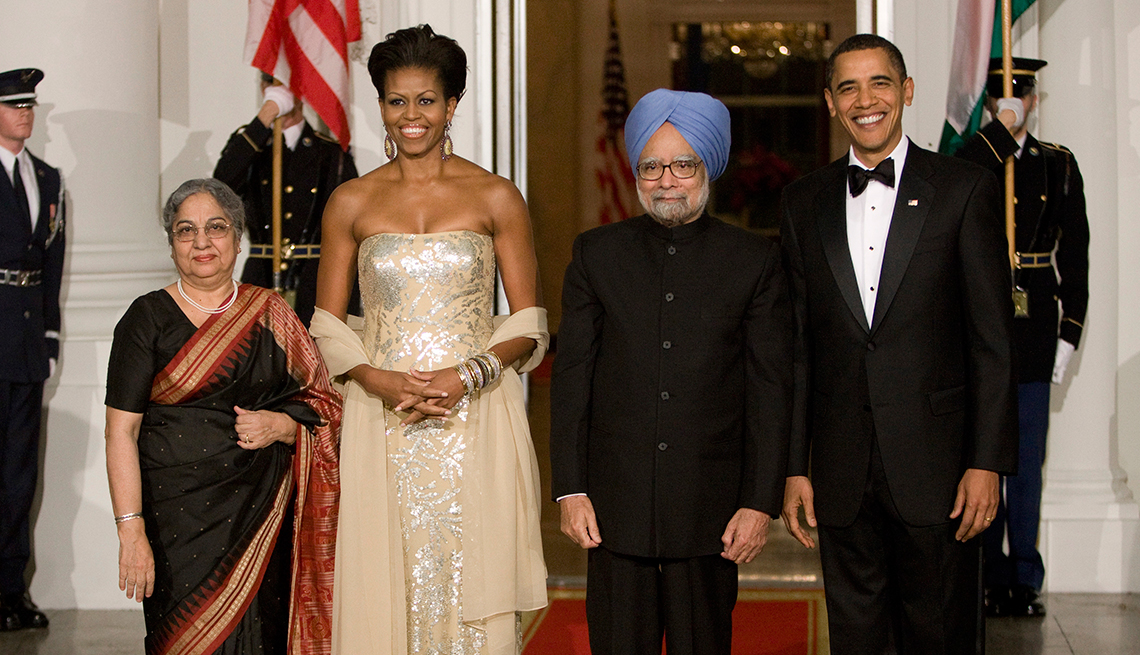 In some ways, the Versace gown was the ideal choice to conclude her eight years of attending state dinners — 14 in total — because it echoed the Naeem Khan gown she wore in her first state dinner in 2009, honoring Indian Prime Minister Manmohan Singh. That one too offered the perfect complementary color for Obama’s flawless skin; it also brought attention to her toned arms — all of which gave her a glamorous, statuesque allure.

Wearing the Versace gown could also be looked at as a fashionable victory lap after her galvanizing speech in New Hampshire in which she spoke eloquently and fiercely about the virtues and power of womanhood against the backdrop of political-campaign theater.

Donatella Versace gave Obama a mighty shout-out on Instagram by saying: “Thank you, Michelle, for all the things you have done for America and for the world, and especially, for empowering and inspiring women everywhere.”