What We Can Do: Fundraising for Palestine Justice Campaign- Accounting for War Crimes in Gaza

In Blog, News, What We Can Do.

On July 20th, 2014 the Ziada family home in the Bureij refugee camp in Gaza was bombed by Israeli military forces. It was a targeted attack that reduced the three storey building instantly to rubble and left everyone inside it fatally wounded. Amongst the dead lay Ismail Ziada’s mother, three brothers, his sister-in-law, a 12-year-old nephew and a visiting friend.

Over 2,000 Palestinians were killed by the Israeli Defence Forces (IDF) during “Operation Protective Edge”. The vast majority were non-combatants and over a quarter of all people killed in the operation were children under eighteen years of age.

In the fall of that same year Ismail Ziada, a Dutch citizen resident in the Netherlands, contacted Liesbeth Zegveld, a prominent lawyer, specializing in support for victims of war crimes and human rights violations.  Ziada was committed to holding those responsible for the killing of his family accountable. 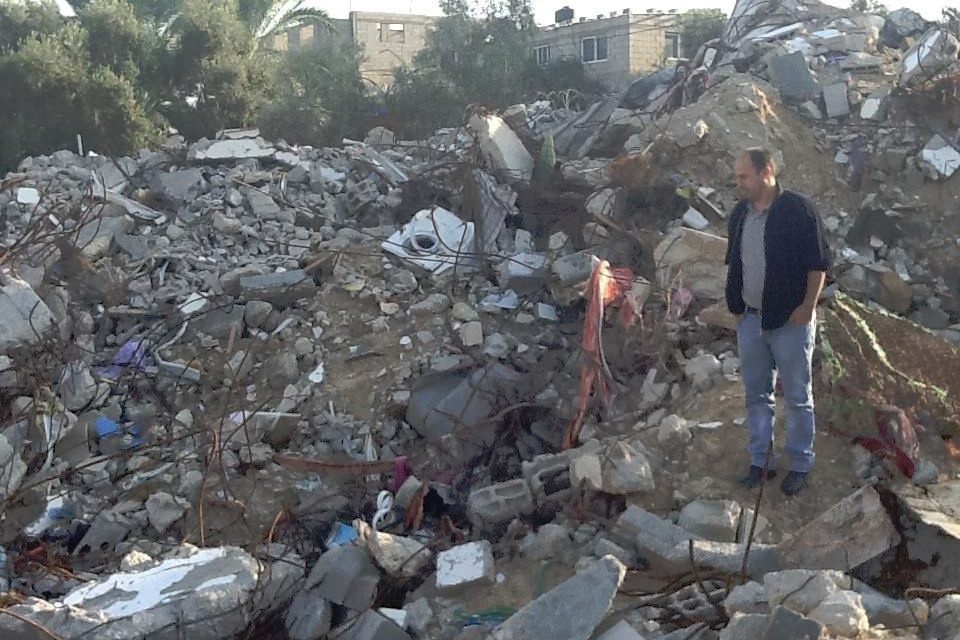 Papers were served on both the Chief of General Staff of the IDF at the time of the bombing, Benny Gantz and the Commander of the IDF Air Force, Amir Eshel.  The working assumption was that neither officer would respond to the writ and the court proceedings would take place in absentia. However, just before the 3 month time period for submission of a response expired, both Israeli military officers appointed a lawyer to represent them. In November 2018, they finally submitted a response.

The original suggestion of initiating a criminal case was soon put to one side as previous experience indicated that it was highly unlikely that the public prosecutor would initiate criminal proceedings. However, Zegveld pointed out that the Netherlands upholds a system of universal jurisdiction in civil proceedings for Dutch citizens who are unable to gain access to justice elsewhere.

While the Ziada writ was focused on the fact that the bombing of the family home was illegal and a war crime according to international law, the response of the defendants focused exclusively on their alleged right to immunity and the Dutch court’s alleged lack of jurisdiction based on the argument that Ismail Ziada would have access to justice in Israel.

The recent Israeli court ruling against Dr. Izzeldin Abuelaish, who filed a compensation suit against the Israeli state over the killing of three of his daughters in IDF shelling in 2009 is proof, if proof were needed, that this is most certainly not the case.

In March 2019, there will be a court hearing which will be the first time the court will actually consider the issues. Should the outcome be positive for Ismail Ziada it is now expected the Israeli military defendants will pursue the case up to the Dutch Supreme Court which can take several years and significant financial resources.

The Ziada family has been using their own personal funds and some generous contributions from friends and supporters to pursue their case on behalf of all the victims of Israeli war crimes. If justice is to be gained for the Palestinian victims, the case needs our moral and financial support. The target is EUR 50,000.

The case being taken by the Ziada’s has a real chance of a providing a major breakthrough and the establishment of a legal precedent that will benefit other Palestinians and hopefully prevent further Israeli war crimes. It is important to stress that the case is not being taken for personal gain. Should the case be successful, any compensation received will be dedicated to a specially established fund for Palestinian war crime victims in general and children in particular.

Every donation large or small helps the Ziada family struggle for justice for the Palestinian people. Please contribute what you can and encourage others to do the same.

All funds raised will be transferred directly to the law firm instructed in the case, Prakken d’Oliveira Human Rights lawyers in Amsterdam. 100% of funds raised will go towards the legal fees incurred in the litigation of the case.

This Gofundme page has been established by a volunteer team for the Palestine Justice Campaign on behalf of Ismail Ziada in order to raise funds and awareness for the case.

If you prefer to contribute directly to the bank account or PayPal, please visit our website here https://palestinejusticecampaign.wordpress.com/.